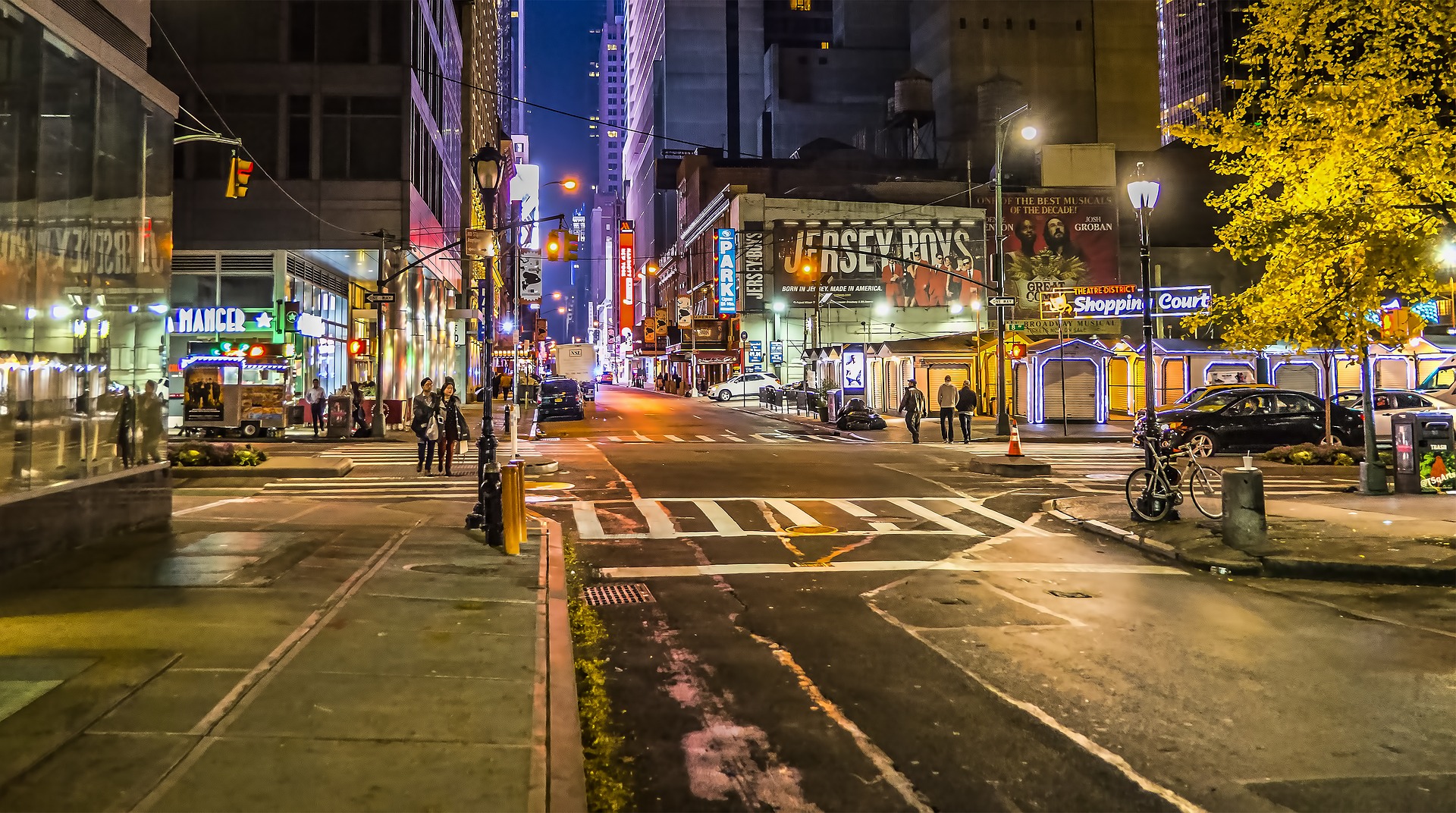 A place in NYC for “real New Yorkers”

If you’re looking to live with the real New Yorkers in the city, Hell’s Kitchen is a great neighborhood to immerse yourself into New York culture and raise a family. Since the ’90s, the Hell’s Kitchen neighborhood has undergone a significant transition, and today offers more affordable housing options than it’s surrounding Manhattan neighborhoods, with options of single-family brownstones on tree-lined streets or modern condo’s in the area. Theatres moved in, and crime has plummeted from it’s rigid past, making it a great place to live. Hell’s Kitchen is all things New York, with city sounds, restaurants, shopping, and the occasional overflow of tourists being so close to Times Square. All of which makes moving to Hell’s Kitchen with kids a good idea – for they will have opportunity to immerse in all good things that New York is famous for.

Once upon a time, Hell’s Kitchen, the neighborhood that inspired West Side Story, was known to be a little rough around the edges. Historically, it was a neighborhood densely populated with Irish immigrants and blue-collar workers and also had a Hispanic pocket. Today, the gritty reputation has lifted, but the rich culture still remains in this diverse neighborhood experiencing a new identity. Some have tried rebranding the community by changing the name to “Clinton” and “Midtown Manhattan” as part of that new identity, but it’s an uphill battle to change the name of such an anchor in history.

Today, artists, affluent young professionals, and families alike flock to this funky and yuppie part of Manhattan because it offers the best of all worlds: plenty of access to transportation, rich culture, and all the flavors of the world in the local restaurants without having to leave Ninth Avenue. What was once gritty is now considered a West Side jewel today and a great place to move with kids.

Being so close to the Theatre District and its affordability in the area, Hell’s Kitchen is a hub for the thriving arts community. You never know whom you see walking along the streets, from the wanna-be, nearly, or absolutely famous, so people-watching is a fun activity around the neighborhood, especially for those new to moving to Hell’s Kitchen.

Hell’s Kitchen’s central location and close proximity to the tourist favorite (Times Square) grants access to nearly every subway line. No commute takes too long, and no cab fare gets too expensive when it comes to getting around when getting around the city with kids. The West Side Highway nearby makes for an easy escape for a weekend away upstate.

Subways stop at 34th, 42nd, 50th, and 59th Streets, with the 1-2-3, N-R-Q, and A-C-E lines taking you just about anywhere you want to go to the city. Accessibility is a significant benefit when moving to Hell’s Kitchen with kids.

With the Hudson Yards development just a couple of blocks south of Hell’s Kitchen, an extension for the No. 7 subway line is being planned to provide service beyond times Square. That area of town is lacking subway service, so this service extension will be a welcome change.

Another advantage of living so close to everything exciting in New York is that it actually takes effort to allow yourself to get bored.

Nearby parks to entertain families with kids moving to Hell’s Kitchen are DeWitt Clinton Park, which covers two full blocks of gardens, sports fields, and a dog run. To get your kids excited about moving to Hell’s Kitchen, tell them about the playground at Hell’s Kitchen Park, complete with basketball and handball courts. Your kids will love Bryant Park showing free movies all summer. There is also a beautiful path along the Hudson Greenway to walk or bike to the southern and northern tips of Manhattan. The parks aren’t as robust as they are in other neighborhoods, but many are easily accessible from either a reasonable walk or quick ride to get there.

Moving to Hell’s Kitchen with kids is an excellent opportunity for the kids interested in performing arts. You’ll find kids workshops in the Theatre District to give them a real taste. You’ll also find plenty of indoor kid’s activities, like laser tag, family fun centers, dance academies, and more in the easily-accessible nearby neighborhoods. Being close to the center of transportation has its advantages! Along the Hudson River, you’ll find the Intrepid Sea Air & Space Museum, a tourist favorite. Your kids will love getting up close to a decommissioned aircraft carrier, submarine, jets, and a space shuttle. In the wintertime, there’s an excellent sized skating rink to enjoy the holiday season.

Being close to Manhattan, you’re never short on places to shop. Inside of Hell’s Kitchen, you’ll find everything you need without having to wade through the crowds, from sweets to fantastic thrift shops. Hell’s Kitchen Flea Market is a favorite when the weather is favorable. Collectors and hagglers meet to shop the market for bargains on everything from vintage clothing to furniture. Bring some extra bags or a cart, depending on what you’re shopping for, and don’t hesitate to ask about delivery for those large items.

Most of the retail, dining, and nightlife is along Ninth and Tenth Avenues. You’ll find around 100 restaurants with every flavor you can think of, with boutiques to shop along the way. There are plenty of bars and pubs on the same stretch for those looking to come alive at night.

What it costs to live in Hell’s Kitchen

You’re looking at a median rental price of around $3,200 per month according to Curbed.com. A tiny studio is approximately $2,000 while a one-bedroom in a luxury building will cost you $3,000 or more. If you’re looking to purchase, a 600 square foot one-bedroom apartment is around $800-900K. Two-bedroom units start around $1.5 million.

If your family loves culture

If your family already has (or aspires to have) an appreciation of culture, then moving to Hell’s Kitchen with kids is a great idea. Hell’s Kitchen residents have the luxury of the Theatre District being so close. They can take a short walk to see the greatest shows on or off-Broadway. The Theatre District has plenty of shows for the kids, too. From the theatre to the food and diversity of the community, there is plenty for your kids to experience in real New-York living!

Tips on moving to Murray Hill in Manhattan NYC

As CityMove is growing, the demand for reputable moving companies to compete for your business is gr...

Gramercy is one of New York’s hottest neighborhoods to move to. Here is why

Thinking of moving or relocating to Gramercy New York? Well, it’s time to contact a mover since th...